March 28, 2012
I had promised a while ago (cough* almost a year ago* ahem), that I would share photos and post about the places my husband and I went on our honeymoon. Finally, I am getting around to it. Today I'll give you the itinerary and a few pictures, and then we'll look at each stop individually with some of it's highlights and history. 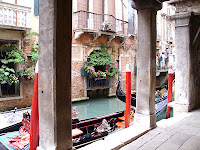 We flew into Venice by way of London. I really, really wish we could have spent some time in London because having lived in England when I was younger I've missed it a lot. After arriving in Venice we spent four days there before catching a cruise ship for a Mediterranean tour. 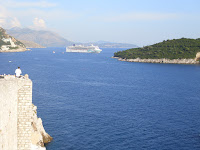 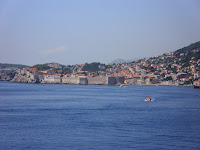 The first stop on our cruise was Dubrovnik in Croatia, which we enjoyed immensely. I'm looking forward to telling you all about the ancient part of the city, which is where we spent the entire day. 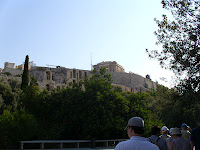 After that it was on to Athens, Greece; a place I have long wanted to go, and which was, I suspect the reason we were given this cruise in particular. Sadly we only had half a day there, but we did get to see the Acropolis and eat some real Greek food. Oreia! 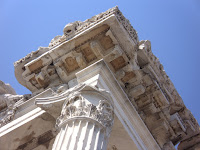 Our next stop was Turkey, where we took a tour to the ancient sites of Pergamon and Asclepion. I had never really considered visiting Turkey before, but it turned out to be beautiful and our tour guide was very informative, not only about the sites themselves, but about the country itself. 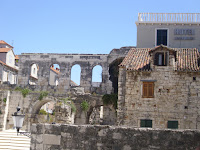 Finally we stopped back in Croatia at the resort town of Split, which is home to Diocletian's Palace, or rather, which has made a home in and around what used to be the palace. It's a good example of how over time and according to need, urban areas graft one structure onto another and make new use of the old. 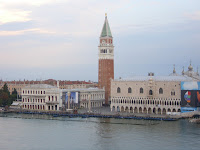 Sailing back into Venice was a beautiful sight, and we were glad to see her again, but as with all long vacations we were happy to be going home too. All the same, we can't wait to get back to some of the places we loved, especially Venice.